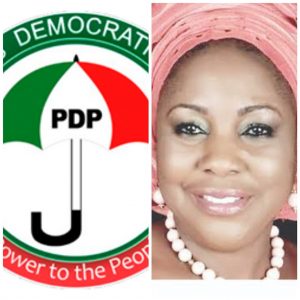 This was as announced by the INEC Returning Officer for the Sanga re-run, Dr. Salihu Musa Kargi, from the Ahmedu Bello University, ABU, Zaria

The Court of Appeal in Kaduna had in November ordered that a rerun be conducted by INEC to determine who would represent Kagarko and Sanga constituencies in the state assembly.
Sanga is home to the Deputy Governor of the state, Dr. Hadiza Bakarabe.
This development has however boosted hope in the opposition party in APC dominated Kaduna State.
Written by Oche Onu
Related Topics:
Up Next

WHAT TO EXPECT AT THE GREAT TURN AROUND -Pst Adeboye

As a mark of appreciation to God for his 45th birthday on earth, Pastor Okeson Oche Onu of The Redeemed Christian Church of God, Lagos launches a new book, 45 Plans & Promises of God For You and How To Obtain Them. The book is unveiled today February 28,2021 being his birthday.

The book, considering the current situation of things on earth, reminds people, especially Christians of God’s Plans and Promises for them in order to stir and keep their faith in the Creator no matter what. It contains 45 key promises of God in the areas of your finance, health, family, spiritual attacks, etc and tells you how to make those promises yours.

You can get a soft copy of the book via: www.idhmedia.com/45plansandpromisesofgod at a token of N1,000. You can also support the author with your financial gift of any amount as he plans to roll out more inspirational books via direct transfer to: Onu Oche Okeson Gtbank 0229138949 and you will get a soft copy of the book through WhatsApp or email or a hard copy to be sent to you via courier wherever you are. Call +234-08082800039 or send WhatsApp chat to +234-08054447772

Pastor Leke Adeboye, son of the General Overseer of The Redeemed Christian Church of God, Pastor Enoch Adejare Adeboye has been brought under attack over his post on his Facebook page congratulating the young comedienne, “Emmanuella” on her new feat to build a house for her “mum,” and lashing out on adults who are still living in their parent’s houses.

The post: “While others were watching YouTube and laughing. My sister here built this house for her mom. And some are still living with Thier parents at age 35 and above. Ask God for wisdom, use your data wisely.”

Facebook users who feel Leke’s post undermine the daily struggles of the ordinary man therefore took to his Facebook handle to attack him. Below are some of their comments and replied: 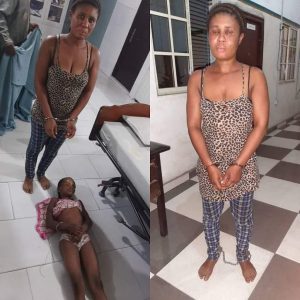 A housewife in Port Harcourt has reportedly killed her 10-yr old step daughter for allegedly “stealing and eating plantain”.

The deceased by the name Preye, a pupil at Eddywill Academy, was beaten to death last Sunday at Bori Camp in Port Harcourt, Rivers State.

The suspect who is about two months pregnant claimed ”Preye stole plantain to eat and that she is always stealing food.” according to an eye witness. 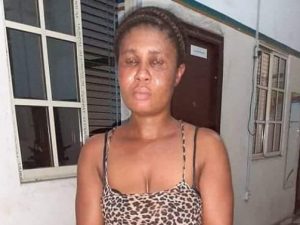 Preye’s mother had moved out the marriage earlier due to marital challenges and left her three children behind including the deceases Preye.

The suspect has since been remanded in the police custody and would be charged to court subsequently.

This is not the first case of stepmothers killing their stepchildren. On November 28, 2019, the Police in Katsina State arrested one Aisha Abubakar, of Sabuwar Unguwa Quarters, Rimi local government area of Katsina State who killed her step- daughter, one Aisha (Named after her) Abubakar, of the same address, kept under her care, through administering of poisonous food.

“The victim was rushed to the hospital and later confirmed dead by the attending physician.” according to Police report.
By Oche Onu with agency report
Continue Reading
Advertisement