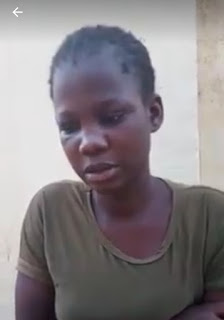 TODDLER SAVED FROM KIDNAPPERS IN BENUE

In a bid to fight Gender-Based Violence (GBV) in communities across Lagos, the Centre for Children’s Health Education, Orientation and Protection (CEE-HOPE), a non-governmental organisation (NGO) partnered with RiseUp, a women and girls’ rights group to mobilize community stakeholders as gatekeepers and to build better links with law enforcement agencies.The meeting at Otto-Ilogbo community, one of the most populous informal communities in Lagos was the first of three meetings targeting Otto-Ilogbo, Makoko and Bariga. It would bring together local stakeholders such as local chiefs, women leaders, youth leaders, heads of girls’ groups among others in a bid to reduce GBV particularly against teenage girls.

It would also ensure that the communities work more closely with government agencies, law enforcement agencies and other state actors as well establish community systems that would report sexual violations so that the perpetrators are brought to book and thereby help towards the reduction and indeed eradication of such crimes in those communities.The first meeting at Otto-Ilogbo held recently was fruitful as it provided a robust platform for the rubbing of minds among the community stakeholders.

Both the old and youth freely aired their concerns and observations and welcome the idea of a better working relationships with constitutionally appointed bodies and personnel to curb sexual violence in their community as in everywhere in the country especially with the COVID-19 pandemic and associated pressures and socioeconomic abnormalities.

Comrade Mushbau Ishola Agbdemu, an eminent community leader and activist at Otto-Ilogbo and the local organizer, welcome the idea and promised that the community would work closely with the CEE-HOPE team to ensure the success of the project.

Betty Abah, CEE-HOPE’s founder and Executive Director, expressed delight at the turn of the one-day event. “We are really impressed by the enthusiasm of the communities to collaborate with us and the others in focus and we hope that we have such good responses from the other communities as well. Our work with informal communities over the years proved that if given the opportunities and cooperation from constituted authorities, the community people would always leverage on their potentials and experiences to turn things around positively. We are positive that this will go well,’ she added.
The October 25 meeting at Otto-Ilogbo was preceded by another one-day meeting at Makoko constituting leaders and representatives from the three target communities including Makoko, Bariga and Otto-Ilogbo on September 11.

Veteran movie actress, Rachel Oniga has passes away on Friday. According to the family, the actress died of heart disease.

The actress reportedly died Friday night in a hospital in Lagos.

In a statement yesterday by the deceased’s sister, Deaconess Toyin Odusote, Oniga, who passed away at the age of 64, had been battling the ailment for some time now.

The statement read in part:

“With a heavy heart and total submission to God, we write to announce the passing of our beloved sister, mother and grandmother, Chief Rachel Tabuno Oniga .

“Contrary to diverse reports informing that she died of COVID-19 complications, we write to inform the general public that she died of heart related issue, an ailment she battled for a short period before her demise.

“We accept her sudden transition as God’s design and we see it as a function of a race of life well finished.

“Painful as it may, we accept it in good faith and total submission to her Maker.

“We, therefore, desire to be allowed to mourn her death privately for now, as we do cause with deep sense of respect for her soul and the glorious life she lived.”

Burial arrangement would be announced in due course by the deceased’s family, the statement promised.

The deceased reportedly had been on Kunle Afolayan’s movie set in Mowe area of Ogun State since last week.

Biography and Profile of Rachael Oniga

An indigene of Eku in Delta State, Oniga was born on 23 May 1957 in Ebutte Metta, Lagos State. She began her acting career in 1993, shortly after her divorce. She worked briefly at Ascoline Nigeria Limited, a Dutch Consultant Company before her first movie titled Onome and her debut Yoruba movie was Owo Blow. Over the years, Oniga has featured in notable Nigerian films such as Sango, a movie scripted by Wale Ogunyemi, produced and directed by Obafemi Lasode and Wale Adenuga’s television series, Super story.She was one of the famous Nigerian Actresses who played a role of a mother in movies. Although featured mostly in Yoruba movies, she was also active in Nollywood English movies.Among the movies she featured are Sango in 1997, Out of Bounds in 1997, Owo Blow 1997, Passion of Mind in 2004, Power Of Sin, Restless Mind and Doctor Bello in 2013, 30 Days in Atlanta in 2014, The Royal Hibiscus Hotel in 2017, Power of 1 in 2018, The Wedding Party and My Village People 2021.

Oniga is survived by three children and several grandchildren.

Benue State and all the states around the Rivers Benue and Niger basin including the FCT should expect to experience devastating flood between August and October, the Nigeria Hydrological Services Agency (NIHSA), has predicted.

NIHSA, an agency of the Federal Ministry of Water Resources, earlier predicted the recent flooding in Lagos, Nasarawa, Anambra, Abia, Kwara, Kaduna, Rivers, Enugu, Borno and Ondo states as a result of heavy local rainfalls. The situation was aggravated by poor drainage system.

The Director-General of the Agency, Engr. Nze Clement Onyeaso, in an interactive session with journalists in Abuja on Wednesday, said all areas earlier identified as flood prone this year as well as those along the Rivers Niger and Benue might likely begin to experience more devastating flooding from the end of August.

“Nigeria is located within the River Niger Basin which is occupied by nine countries namely Benin, Burkina- Faso, Cameroon, Chad, Cote d’Ivore, Guinea, Mali, Niger and Nigeria. Nigeria is located at the lowest position of the Basin and this means that once the upper catchment of the Basin gets flooded, Nigeria should be prepared to experience flooding. The period of flooding in these upstream countries is August and September of every year,’’ he said

According to the DG, NIHSA was monitoring the development as the world approaches these critical months, adding that the agency would also continue to monitor Cameroonian authorities with regards to flood scenarios in the upper catchment of the sub-basin.

Engr. Nze warned Lagosians against the practice of dredging and sound filling the Atlantic Ocean, to build what they usually call model cities like those in Lekki and Banana Island, saying such may, in the future, pose serious threats.

As part of the preparation for the expected floods, the DG called on Nigerians, especially the state governments to be fully prepared by ensuring cleaning of blocked drainage system and canals remove refuse, weeds, water hyacinths and floats on water channels.

The Agency had earlier predicted that 121 LGAs in 27 states and FCT might experience severe flooding this year.