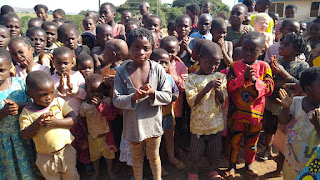 Popular social media platform, Facebook has been criticised by two Non-Governmental Organisations for the recent allegation that the social media platform is being used as a conduit for the online sale of Cameroonian refugee children in Nigeria.
The Africans Unite Against Child Abuse (AFRUCA) United Kingdom and the Centre for Children’s Health, Education, Orientation and Protection (CEE-HOPE) Nigeria have criticized Facebook following recent revelations that children especially girls were being trafficked from a refugee camp in Ogoja, Cross Rivers State, Nigeria after being advertised for labour exploitation on Facebook. The NGOs were exceptionally concerned that despite this case being reported to Facebook, it took the online platform hours to take action, thereby putting the victims at further risk of harm.
The NGOs expressed dismay that it took Facebook 29 hours to suspend the account of the suspect, after Sahara Reporters investigator Philip Obaji Jnr, had reported the account (according to the news mediums report), in contravention of the company’s policies of responding to enquiries within 24 hours. According to the NGOs’, based on Sahara Reporters account, this delay allegedly led to the trafficking of another young person, a 13 year old girl to Benue State via the social media platform by the suspect.
Sahara Reporters, one of Nigeria’s leading online publications had, in a recent investigative report, revealed details of a named person who had used his Facebook page to advertise photos of Cameroonian girls fleeing the ongoing conflict in Southern Cameroon’s Anglophone region. This conflict has so far displaced millions of people with several thousand staying in refugee camps across Southern Nigeria. Sahara Reporters had claimed that the victims of the Facebook sale were mostly teenage girls between the ages of 13 and 17 years. In one of the Facebook posts cited, the person had uploaded an image of a girl he claimed was “intelligent, hardworking and about 17,” and asked persons “interested in hiring her as a maid to inbox me.”
The organisations recalled that this would not be the first time Facebook would be accused of enabling child trafficking on its platforms. In 2018, Facebook was severely criticised by NGOs in South Sudan and across the world that its site had been used for the auctioning of a child bride in the country.

Human Trafficking is a growing global problem with over 40 million people at risk, according to the International Labour Organisation. Nigeria is known as a source, transit and destination country for human trafficking victims with over one million trafficked each year, according to the Global Slavery Index. Human trafficking and slavery is illegal in most countries around the world, including Nigeria.
Debbie Ariyo, Chief Executive Officer of UK-based AFRUCA, an anti-child trafficking organisation, said: “It is concerning that social medial platforms are increasingly being used by human traffickers to facilitate the sale of human beings, with little being done to address this. Social media platforms have become the 21stcentury slave markets. This has to stop.”

Both organisations urged the relevant government agencies in Nigeria to act to secure the well-being of refugee children in the country, and investigate the child trafficking allegations to ensure all perpetrators are brought to book. They also called on Facebook to investigate the case as well as tighten its safeguard mechanisms to ensure that crimes such as human trafficking are completely eradicated on its platforms.
Betty Abah, Executive Director of CEE-HOPE Nigeria said: ‘It appears Facebook has a discriminatory approach to addressing crimes against vulnerable children in Africa than other more advanced parts of the world. I do not believe Facebook would have failed to act if this was happening in a European country”.
AFRUCA and CEEHOPE
January 2020 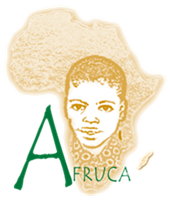 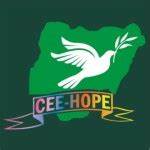