The Idoma are people that primarily inhabit the lower western areas of Benue State, Nigeria, and kindred groups can be found in Cross Rivers State, Enugu State, Kogi State and Nasarawa State in Nigeria. The Idoma language is classified in the Akweya subgroup of the Idomoid languages of the Volta–Niger family, which include Igede, Alago, Agatu, Etulo, Ete and Yala languages of Benue, Nasarawa, Kogi and Northern Cross River states. The Akweya subgroup is closely related to the Yatye-Akpa sub-group. The bulk of the territory is inland, south of river Benue, some seventy-two kilometres east of its confluence with River Niger.

The Idomas are known to be ‘warriors’ and ‘hunters’ of class, but hospitable and peace-loving. The greater part of Idoma land remained largely unknown to the West until the 1920s, leaving much of the colourful traditional culture of the Idoma intact. The population of the Idoma is estimated to be about 3.5 million. The Idoma people have a traditional ruler called the Och’Idoma who is the head of the Idoma Area Traditional Council. This was introduced by the British. Each community has its own traditional chief . The Palace of the Och’Idoma is located at Otukpo, Benue State.

From a young age, Idoma children usually learn from their elder’s stories of old and are brought up around extended families, which make multiple historical resources available. When prompted Idomas generally will proudly tell you where they are from, and it’s not uncommon for Idoma to be able to recite at least four generations of their progenitors. Historically, being unable to answer the emblematic question “Who is your father?” disqualified one from important roles and titles in Idomaland. Quite naturally, a number of villages trace origins to single ancestors and further, several Idoma groups trace their heritage to one common ancestor, considered the “father” of the different groups.

IDUH, THE FATHER OF IDOMA

Scholars have combined oral history with genealogical data and analysis of kinship totems to trace the roots of the Idoma people as a whole. One notable Idoma scholar E.O. Erim cites genealogical data, collected from most modern groups in Idoma suggesting that they derive from several ethnic groups, each with a different historical origin. Furthermore, the available genealogies indicate the existence of diverse ethnic groups who descended from ancestors other than Idu. In several of these cases, the claim of common descent is backed by both extensive genealogical connections and possession of common kinship totems. Erim contends that while Idu was certainly a migration leader—he was not the “father” of the Idoma in the sense implied in the above traditions. These two considerations make it difficult to simply accept the view that every group in Idomaland is descended from Idu.

Many Idoma kindred claims an ancestral homeland called Apa, north-east of present-day Idomaland due to pressures of Northern invaders as recently as 300 years ago. The historical Apa was part of the ancient Kwararafa Kingdom (Okolofa Kingdom), a confederacy of several peoples. Informants in other ethnic groups have corroborated the existence of this kingdom, chiefly the Jukun who also believe they once ruled a confederacy called Kwararafa. In the Hausa book Kano Chronicle it is mentioned that Zaria, under Queen Amina conquered all towns as far as Kwarafara in the 15th century. At present, there is a Local Government Area in Benue State called Apa and is said to be the home of those who made the first migration from the historical kingdom. For many Idoma nationalists today, the name Apa elicits sentiments of past glory, and some in the political sphere have gone as far as suggesting it should become the name of a new Idoma state.Other scholars point to historical and linguistic evidence that suggests that Idoma have ties with the Igala people to the west, concluding that the two nations came from a common ancestor. Angulu(1981) note that Igala and Igbo have important historical, ancestral and cultural relationships. Eri is said to be the original legendary cultural head of the Umu-eri, a subgroup of the Igbo people. Eri migrated from the Igala area and established a community in the middle of Anambra river valley (at Eri-aka) in Aguleri where he married two wives. The first wife, Nneamakụ, bore him five children. The first was Agulu, the founder of Aguleri (The ancestral head of Eri Kingdom clans) (the Ezeora dynasty that has produced 34 kings till date in Enugwu Aguleri), the second was Menri, the founder of Umunri / Kingdom of Nri, followed by Onugu, the founder of Igbariam and Ogbodulu, the founder of Amanuke. The fifth one was a daughter called Iguedo, who is said to have borne the founders of Nteje, and Awkuzu, Ogbunike, Umuleri, Nando and Ogboli in Onitsha. As one of the children of Eri, Menri migrated from Aguleri, which was and still is, the ancestral temple of the entire Umu-Eri (Umu-Eri and Umu-Nri). His second wife Oboli begot Ọnọja, the only son who founded the Igala Kingdom in Kogi State. Among this group, there are those who believe both ethnic groups fled the same kingdom at some point in history. Many traditional Idoma spiritual chants and “secret” tongues spoken during traditional ceremonies are actually Igala dialects and there are some Idoma themselves who assert their Igala ancestry. There are yet other Idoma groups notably in the southern regions, which claim their ancestors arrived at their present location from the Northern fringes of Igboland as a result of land disputes. Scholars believe these people had most likely fled Apa too, settled and resettled.As suggested, a number of factors make it difficult to study Idoma historical origins of the Idoma people as a whole. In any event, it could be said that despite their heterogeneous origins, trading, marriage, language and other interactions among the Idoma have cultivated traditions and shaped a rich cultural identity distinctly their own.

Orokam district is located about 140 kilometers south of River Benue in the present Benue State, North Central, Nigeria, West Africa. It is sandwiched by Igbo land to the south and Igala land to the west. Other district like Otukpa and Owukpa share her boundaries to the north and to the east respectively. Both Otukpa and Owukpa speak same Idoma dialect but with little distinct and intonations.

Orokam is one of the 22 districts of Idomaland. It is currently under Ogbadibo Local Government Area of Benue State.

Each clan has its own settlements but with development and prevalent inter-marriages among the different clans, they now live among themselves. An Ai-Inamu man can live in the Ai-Onah settlement without fears or worries.

Orokam people are very religious. Traditionally, they are pagans but with the advent of civilization and spread of Christianity, the light of the gospel has lit the nooks and crannies of the land so much so that one could sparsely find a shrine in the land. Christianity notwithstanding, the people still hold on to the portions of the tradition that align with biblical teachings and morality.

The people’s major occupation are farming and trading. A handful of them are civil servants. Its rich and numerous palm trees make palm wine tapping and palm oil production lucrative businesses in the land. Weaving of rafia baskets and shredding of brooms from palm branches are not left out.

The people are hospitably disposed and honest to a very large extend. They are not naturally extravagant in their lifestyles.

An ancient stream named Enumabia seems to be one of the surviving body of waters in the land. The stream is believed to possess some mystics  as villagers believe it purges itself of defilements and impurities. Tourists have visited Enumabia and still do.

The stream is the villages’ major source of natural water.

There is one Okpogbodo that has dried up many decades ago.

Orokam is rich in entertainment. Traditionally, they have such forms of music like Okàngá, Ogrinya, Omábé, Odé among others. Some of these were actually imports from the neighboring Igbo land of Enugu and Ikwo. Okàngá which is the traditional Idoma music could be heard in the village at nights usually at child birth celebrations or chieftaincy coronations. The music is a combination of bass drums, locally made snare drums and flutes.

The people are also very rich in traditional literature of folklore, riddles and proverbs that are handed from generation to generation.

The land has produced very prominent personalities in the country and across the world.

If you are planning a visit to Orokam, there are hotels that you can lodge and there are people who can guide you and make you your stay in the village worth the trip. 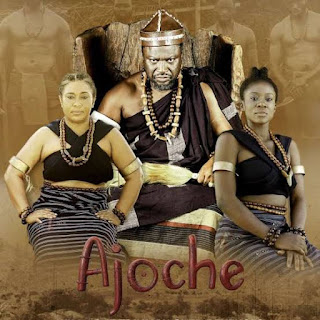 My attention has been drawn by friends to this TV Series showing on DSTV titled ”Ajoche”. The complain is that the series is putting the Idoma nation in bad light, showing that we are bloody, immoral, dirty and greedy.
Though I have never taken time to watch the said telenovela, my brief research shows that the telenovela, which was set in 1918, tells an epic story of a kingdom that goes on a bloody rampage after an innocent woman is murdered. The story has a theme of war, love and betrayal. It stars talented actors like Hilda Dokubo, Femi Branch, Luci Ameh among others.
It was produced by James Omokwe, and was first aired on April 30, 2018, on Africa Magic Showcase.
My further enquiries confirmed the worries of my friends who are not of Benue origin but have lived with the peaceful and lovable people of Benue over the years and who did not see any of the attributes displayed in the telenovela in the Benue people that they know.
Mr. Omokwe is definitely not an Idoma name and may not know much about our culture. If the script writer is truly a proud Idoma son/daughter, they would not have portrayed the godly nation in that light.
In 1918, the ancestral fathers of Idoma land are barely settling down in the present Idoma land after the Jihad led by Otman Dan Fodio in 1900 that deformed the Kwararafa Kingdom, and are not capable of all the ”evil” portrayed in the series. The ancestors were at this time building rapport with their neighborhood and war was not an option here.
Moreover, the land has religious and cultural norms that guarded against sexual immortality, wickedness and unlawful bloodshed.
As a creative writer, I appreciate the effort put in the production of this series, but nonetheless not in support of bad image portrayal or any attempt to put the peace-loving people of Benue in bad light.
I want to declare that, despite the cult activities and political upheavals of the recent past abetted by bad governance, we are not bloody, dirty and greedy as allegedly portrayed by Ajoche.
I therefore call the attention of the well meaning Idoma leaders to review the said telenovela and take necessary action/decision to avoid further damages to our good name and  fatherland if this claim is true.
God bless Nigeria
By: Oche O. Onu
Continue Reading
Advertisement